People die all the time; it’s a fact of life that we all live with, decry, and put to the back of our minds as we go about our business. As much as we dislike thinking about people actually dying, there really isn’t much more entertaining than the stories of people dying in the most absolutely ridiculous and ill-conceived ways possible — hence the Darwin Awards.

While there are only a few actual Darwin Awards given out, there are many nominees, and these are the 13 most absurd deaths from among them. They do say 13’s an unlucky number… 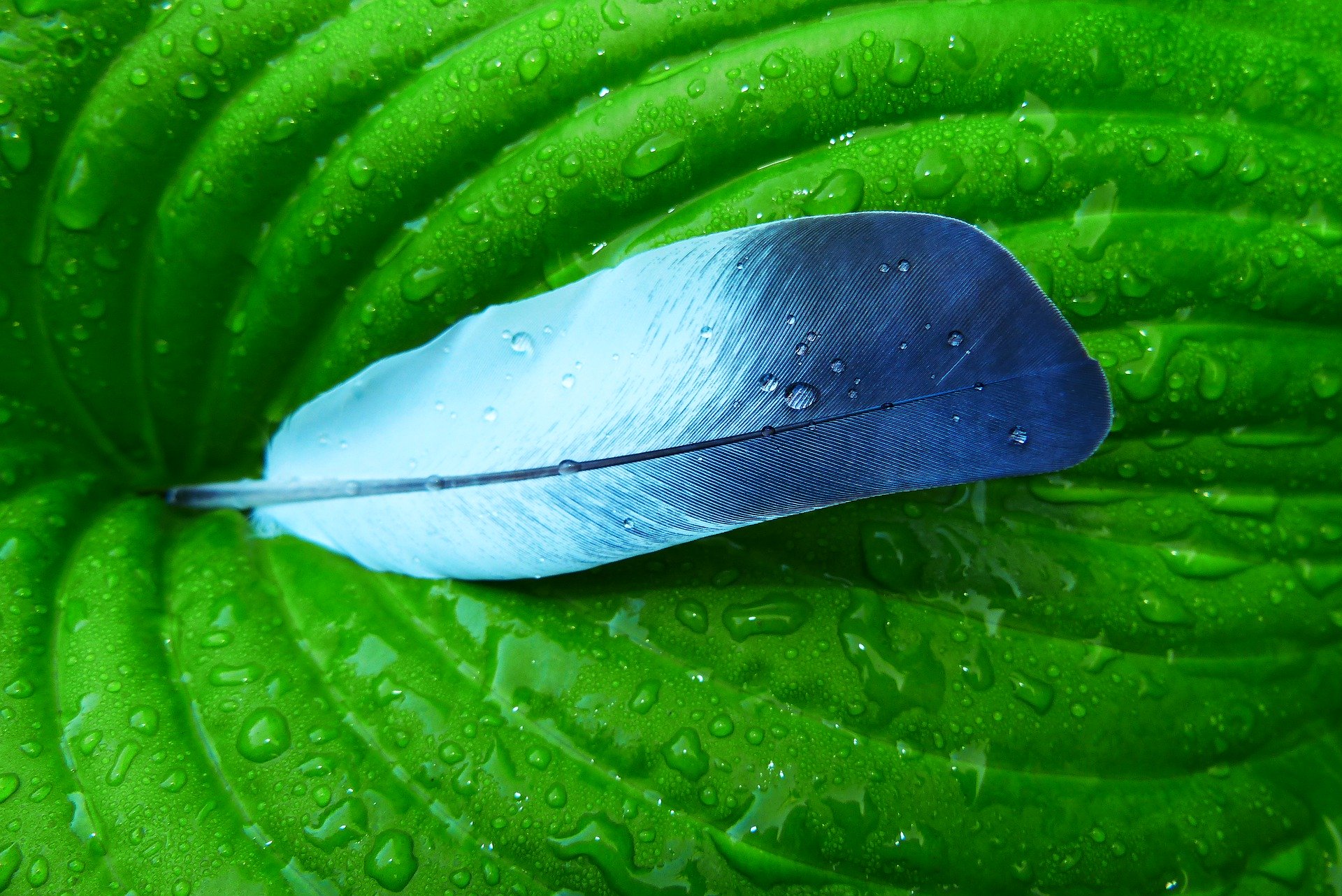 Falling deaths aren’t all that uncommon, so why the Darwin Award?

In 2009, a middle-aged woman was walking a path along the top of a cliff when she spotted a feather on the ground. She went to pick it up, but the wind carried it over the guard railing set up to protect wanderers.

Any normal person would simply let the wind carry the feather away, but this woman had to have it. In her quest to capture the elusive feather, the woman toppled off the 80-foot cliff and died the next day from the head injury she sustained.

All we want to know is: Did she get the feather? 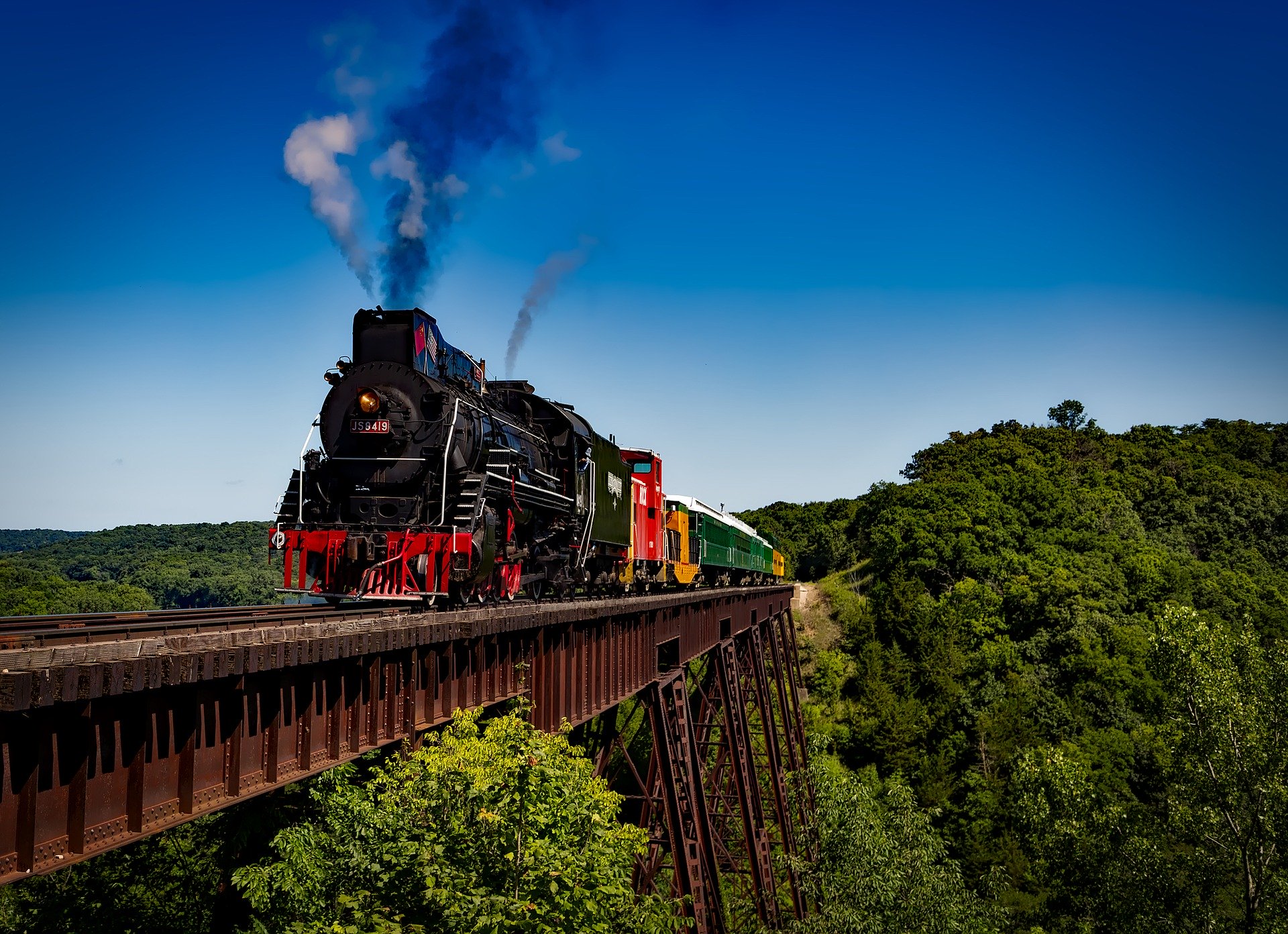 Russia: Where most citizens can bend a spoon with their minds.

We weren’t surprised to hear of E. Frenkel, a mentalist from Russia, who was convinced that he could stop moving vehicles in their tracks. He had apparently stopped various bicycles and cars with his mind (obviously, since they had screeched to a halt before hitting him when he tried it), and was ready to test his psychic powers against a freight train in 1989.

Now, we’re pretty sure that his “powers” consisted of alert drivers who simply stomped on the brakes before Frenkel could be injured, but this never crossed his mind.

The engineer of the train saw Frenkel step onto the tracks with his arms raised and body tensed, but he couldn’t stop the train in time. Trains just don’t stop like that, and a mentalist probably should have known better. 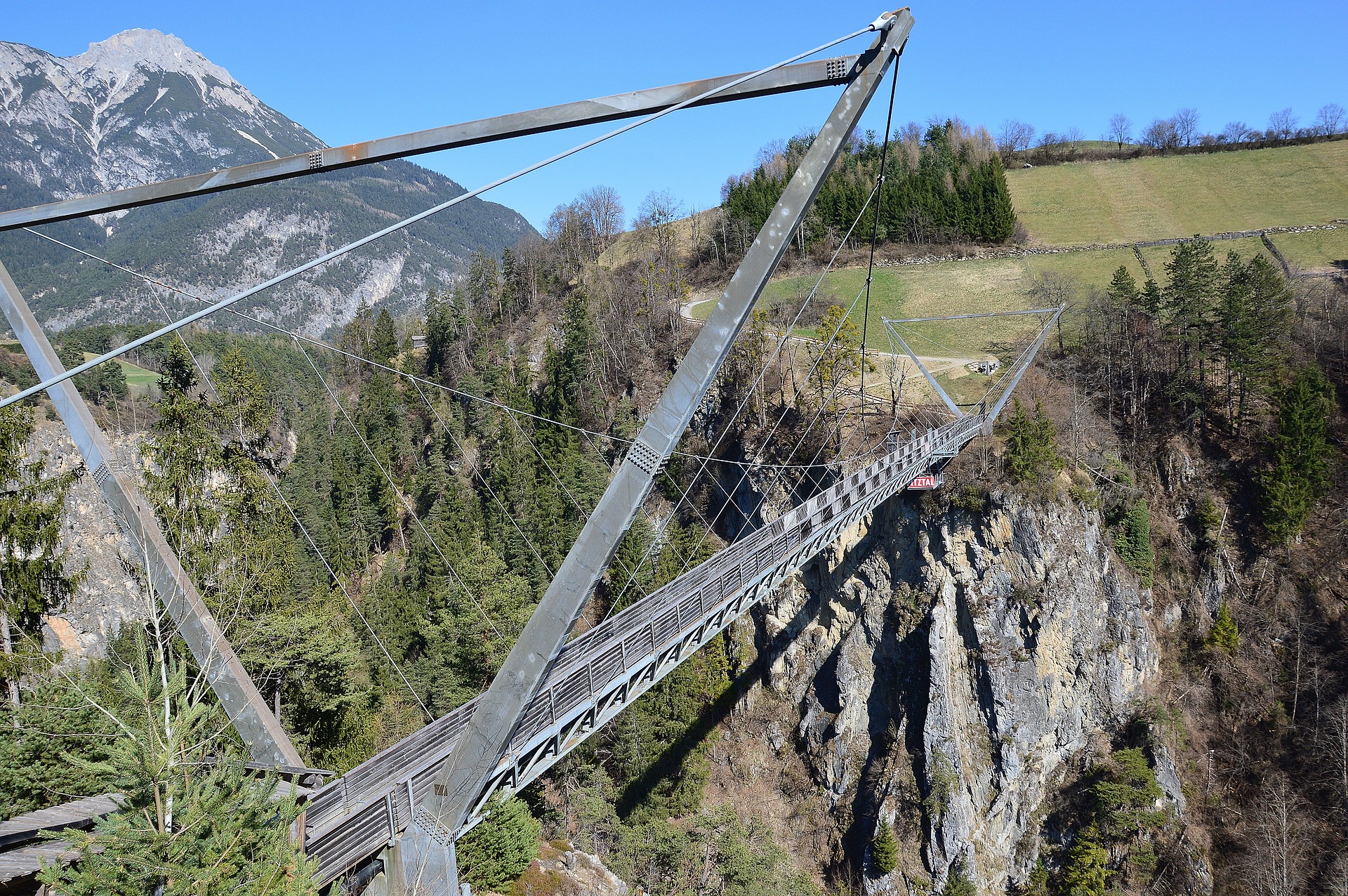 Despite the safety measures put into place, bungee jumping isn’t for the faint of heart, and that’s when it’s done properly.

Enter Eric Barcia, a daredevil, at least in his own mind. Barcia decided to bungee jump on his own, but took the term too literally — he fashioned an apparatus by taping together actual bungee cords. You know, the ones people use to hold things down in the back of a pickup truck.

He even measured the distance of the drop, making sure the length of bungee cords was shorter than the 70 feet between him and the ground. What he didn’t take into account was how far the bungee cords would stretch.

He should have stuck to his day job. 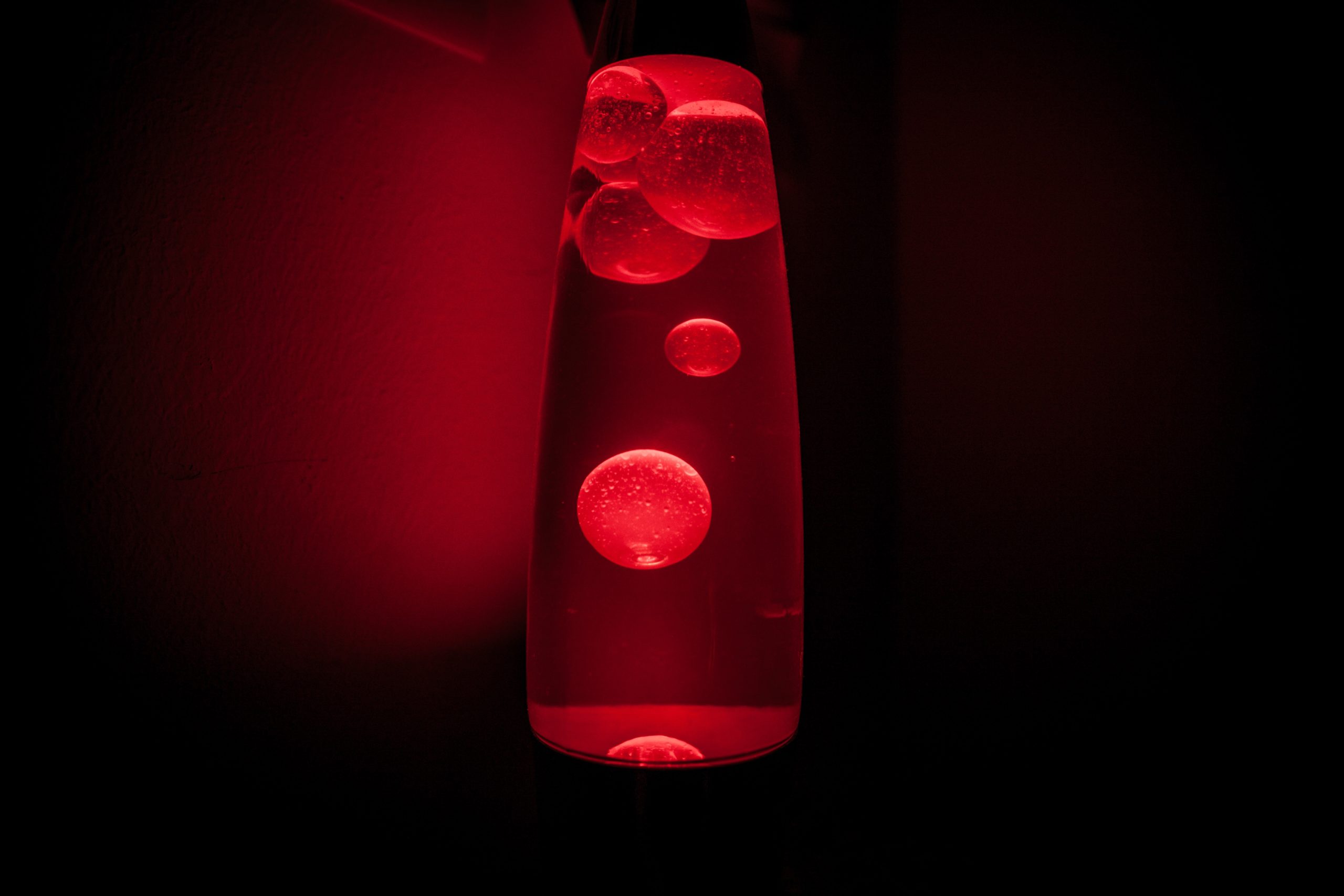 In 2004, Philip Quinn was found dead in his home, with pieces of a Lava Lamp strewn everywhere.

Apparently, Philip wasn’t a patient man. He’d purchased a new Lava Lamp and couldn’t wait to try it out, but his 40-watt bulb just wasn’t heating that baby fast enough. He decided to place it on his stove, and turn the heat on low just to speed things up a little.

Now, if Philip had paid attention in school he would have learned that heat expands; it’s a pretty simple concept. Of course, the Lava Lamp exploded under the pressure, sending a huge shard of glass in all directions, including that of his heart — Philip bled out before he could even call for help.

Muzzleloaders, like any gun, can be dangerous if not handled properly — but common sense plays a big part.

19-year-old Gregory Pryor was cleaning a .54-caliber muzzleloader in an attempt to return it to working order. The gun hadn’t been firing properly so he assumed that there was some residue lingering in the barrel. Thinking on his feet, he went to look inside with a lighter.

Turns out Mr. Pryor was correct in his hypothesis, and there was some leftover gunpowder residue. His lighter ignited whatever was left, and his face was blown off. 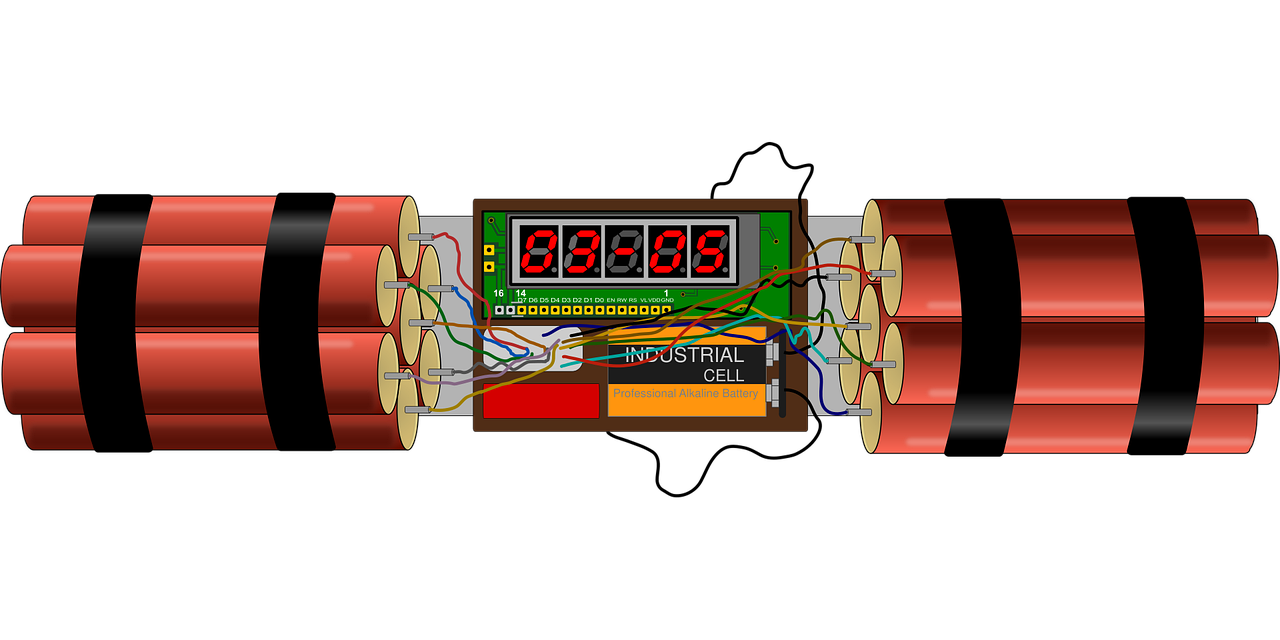 21-year-old Nguyen was drinking with his buddies in Vietnam one day when he decided to show off something he had found — a rusted out detonator. He insisted that since it was old and rusted out that it couldn’t explode, but his friends disagreed.

Nguyen decided to put his money where his mouth was, along with the detonator, asking his friends to connect the two protruding wires to a 220-volt electrical receptacle nearby.

Needless to say, Nguyen was very wrong. According to the police that arrived on the scene, “the explosion blew out his cheeks and smashed all his teeth.” He died on the way to the hospital. 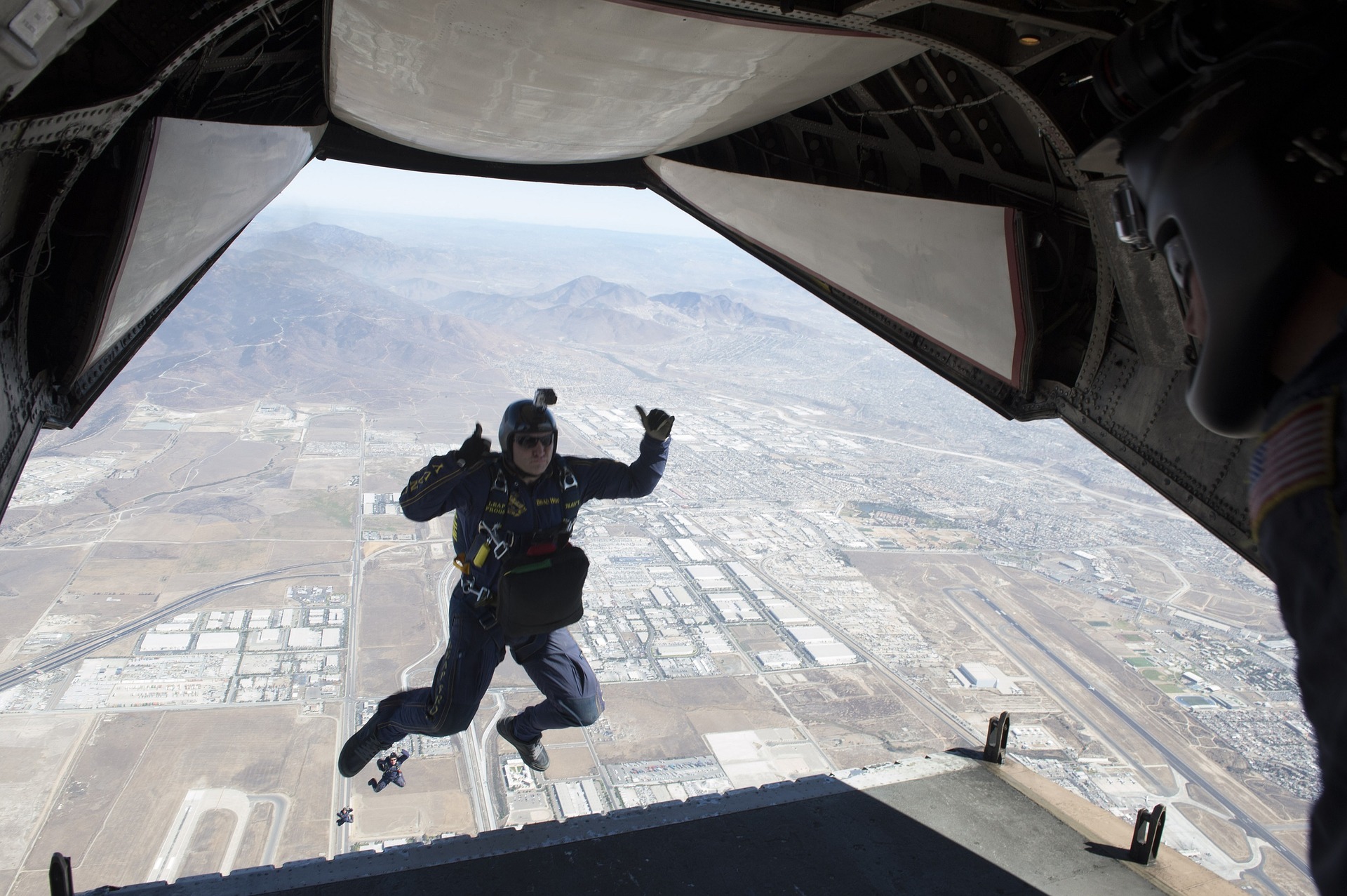 Back in 2000, Augusto Lakandula boarded a plane in Davao City, Philippines, with a well-thought-out plan to rob everyone on board and escape unscathed in a dashing James Bond moment of epic bravery.

He crafted a handmade parachute and packed a few grenades, a shotgun and (somehow) made it through airport security. Once onboard, he successfully robbed the 300 passengers of $25,000 and demanded the pilot lower the plane to an altitude of 6,000 feet so he could make his great escape like D.B. Cooper.

Just as a flight attendant helped him out of the plane, he pulled the pin on his grenade, but mistakenly threw the pin into the cabin. As if that wasn’t bad enough, his parachute didn’t even work — authorities later found him, buried in mud, with only his hands sticking out. The money, however, was gone. 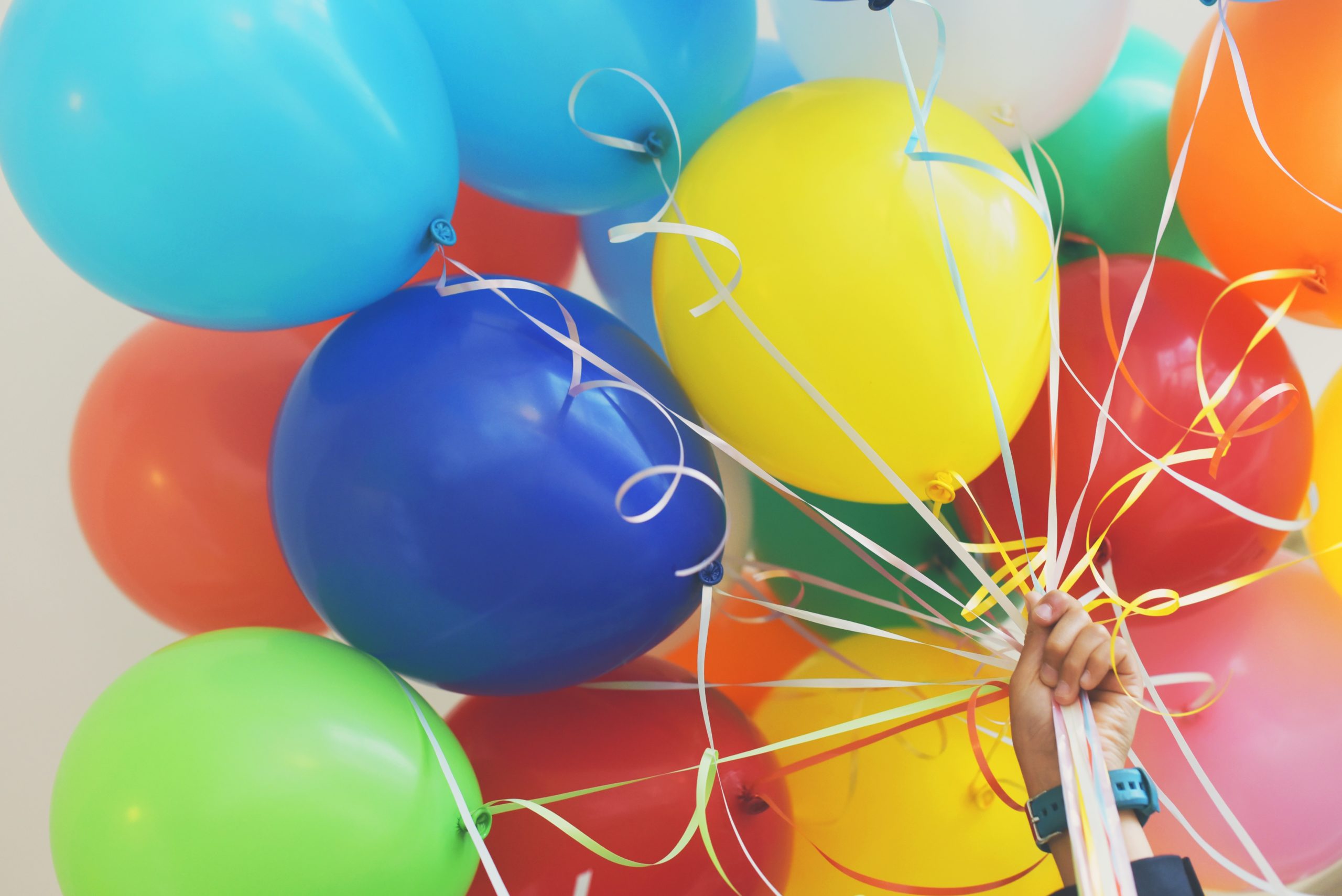 As a kid, helium-filled balloons are irresistible. That awesome high-pitched squeaky voice is fun, if only for a few seconds.

College students Jason Ackerman and Sara Rydman decided to take the concept to a whole new level when they found a giant helium-filled advertisement balloon hanging from the outside of their apartment building. They pulled the huge balloon down to climb inside, thinking they’d have loads of fun.

The pair had apparently not realized that a few breaths of helium will cause a killer headache, and a few minutes of steady helium-breathing will kill you. Despite being at least partially college-educated, they overlooked the fact that oxygen is a necessary part of breathing. At least they died laughing. 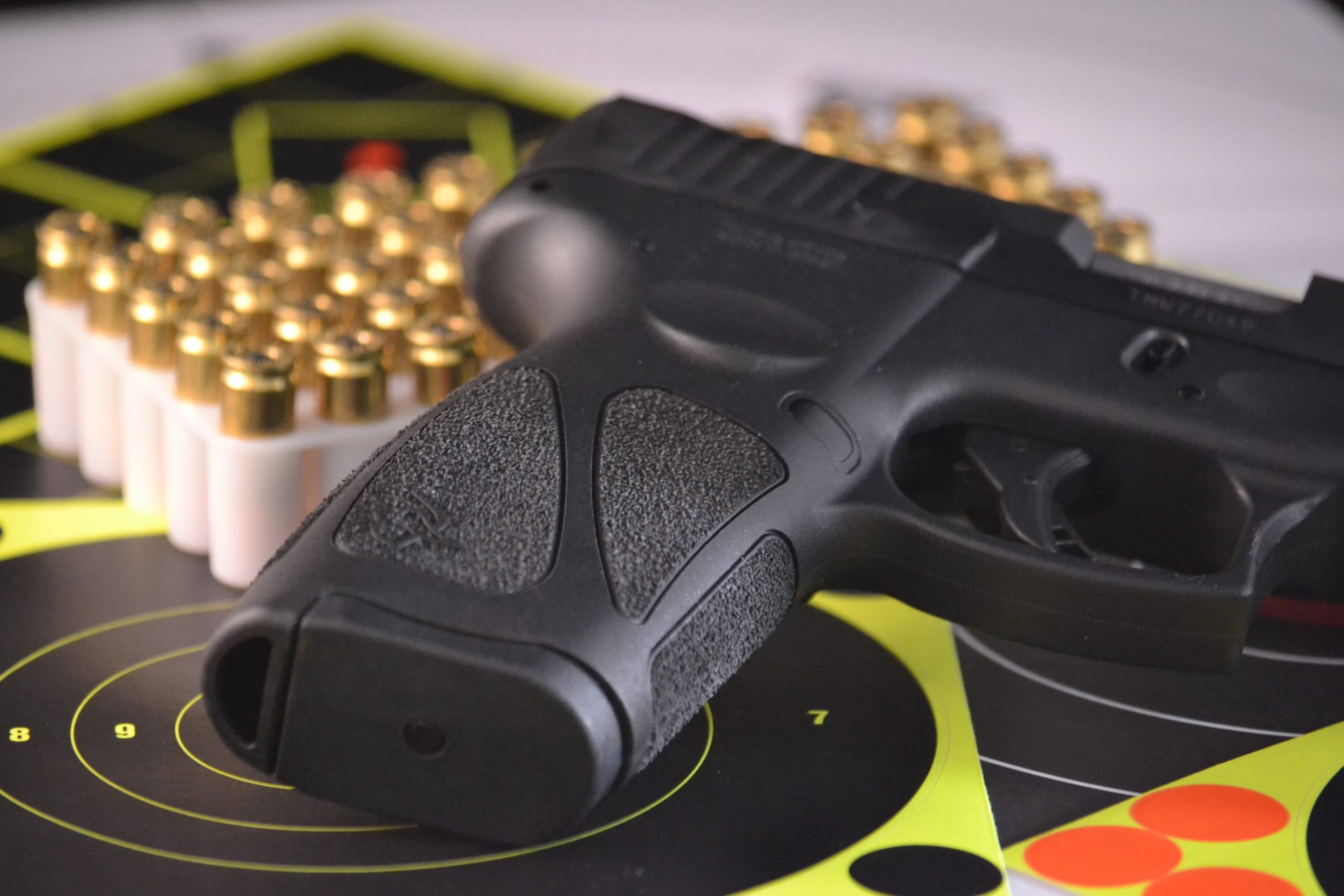 Russian Roulette is usually played with a revolver, placing a single round into the chamber and testing your luck by holding the gun to your temple and pulling the trigger after spinning the cylinder.

A young man in Houston learned this lesson quickly while visiting friends when he decided to use a .45-caliber semi-automatic pistol to play.

See, unlike a revolver, a semi-automatic pistol automatically inserts a cartridge into the firing chamber when the gun is cocked — his chances of winning a round at Russian Roulette this way were exactly zero. 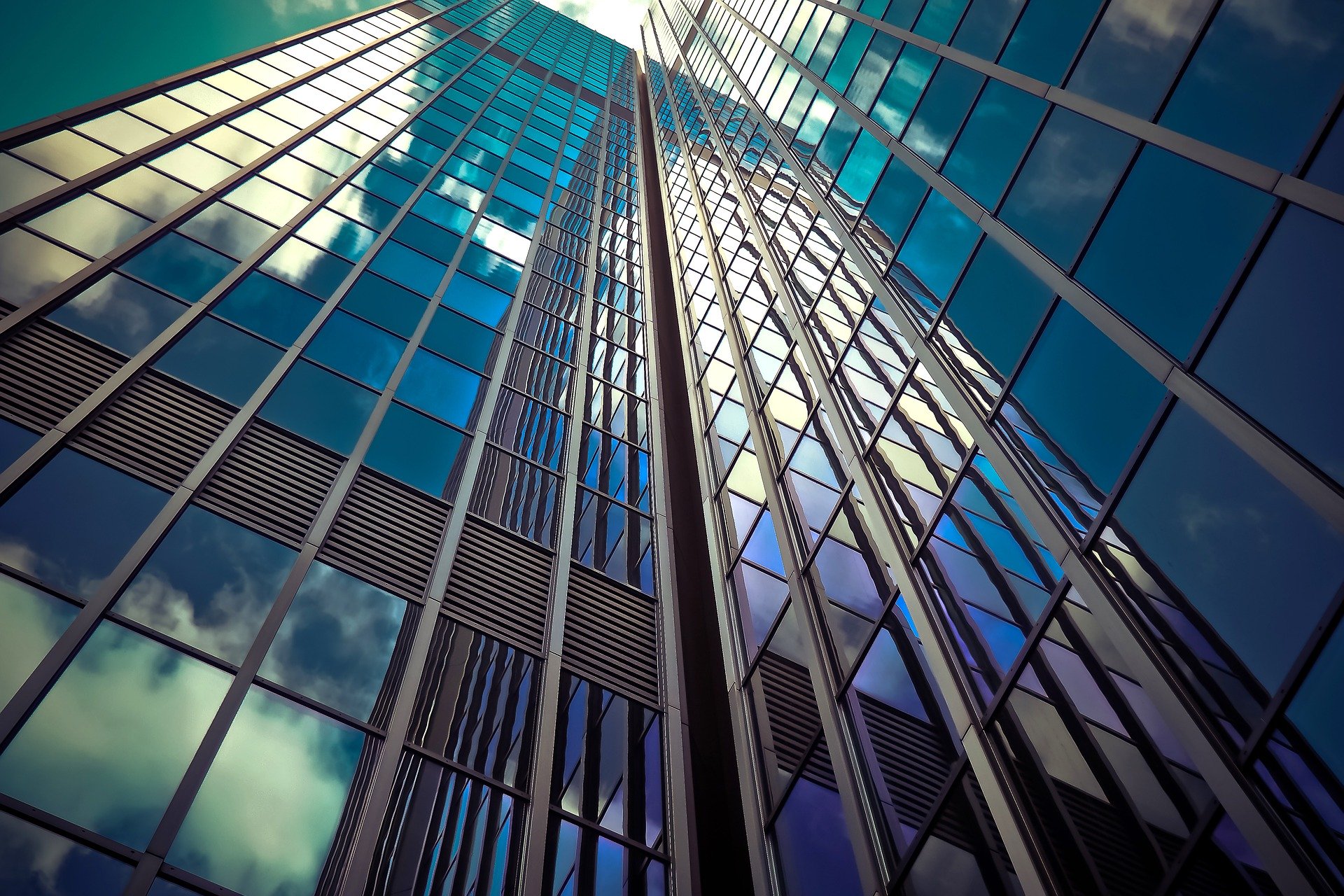 Sometimes people take for granted how fragile glass can be, especially when entire buildings are sided with it.

Garry Hoy was one of the “best and brightest” lawyers at his firm in Toronto, where he often joked about how the window glass was unbreakable. He’d been seen by his colleagues testing his theory by running into the window, and simply bouncing back off — but his luck didn’t last.

One day while showing some new colleagues the same old trick, the glass simply broke, sending Garry to his death after a 24-story fall.

No matter what your windows are made out of, running into them to prove they are unbreakable is just absurd. We guess the same is true with architecture as is with computers: Don’t bet your life on windows not crashing. 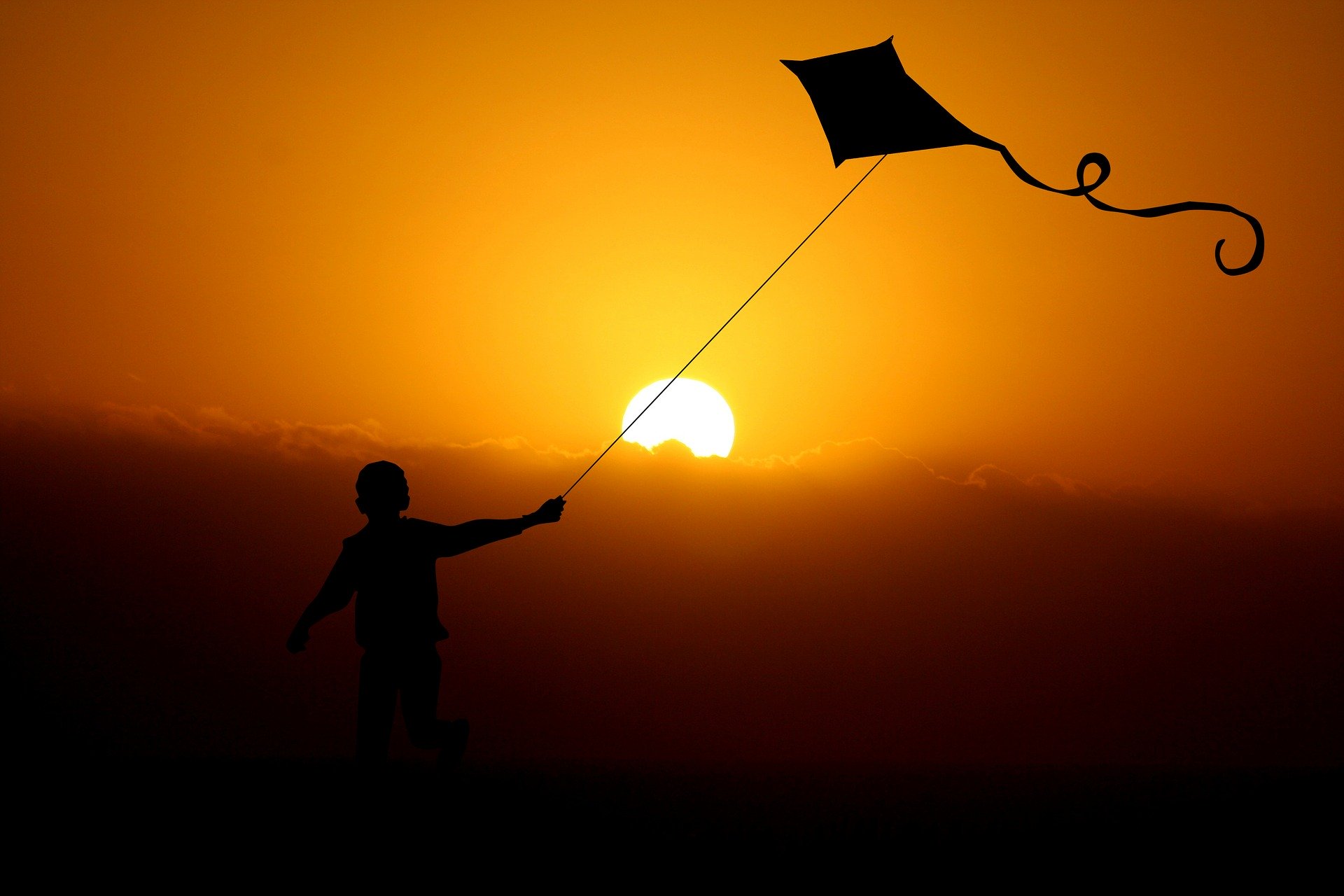 Benjamin Franklin was said to have flown his kite in a thunderstorm to prove that lightning is electricity. About 250 years later, Kennon Hernandez was helping his young niece fly a kite on a beautiful Belizean day when things got stupid.

Kennon wanted the kite to go higher, so he went back to his house to grab some copper wire in hopes of extending the length of the kite string. Being an electrician and all, you’d think he’d know the dangers of using copper wire attached to a kite flying in close proximity to power lines, but that’s not how this went down.

Kennon was found a short time later, severely electrocuted after the kite landed on top of the power lines — he died shortly after arriving at the hospital. We wouldn’t want him to wire our house, that’s for sure. 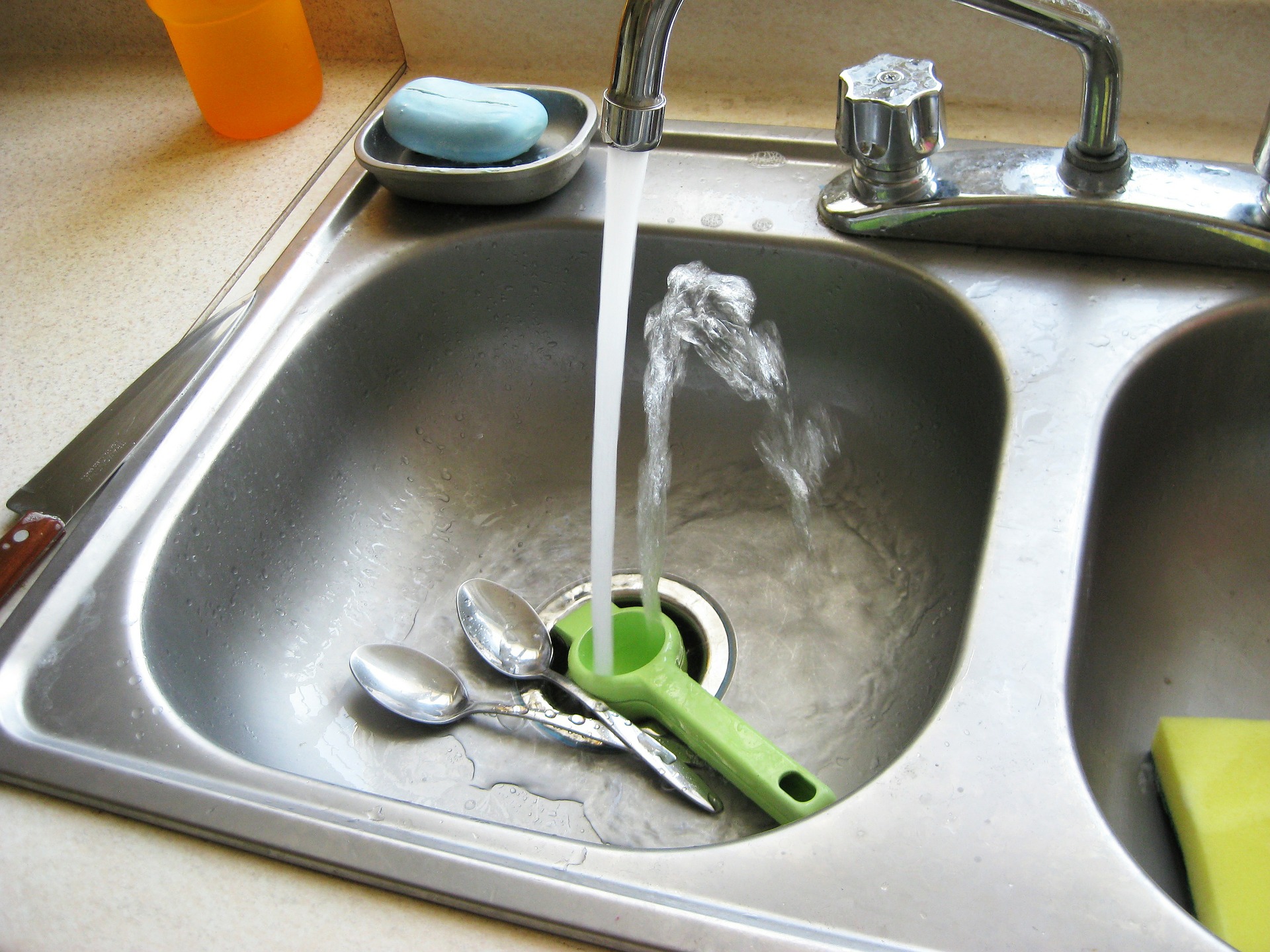 Water doesn’t have to be deep in order to drown in it. A sinkful is more than enough.

An apartment manager in Austria discovered someone hanging from a window, and upon closer inspection found that it was the corpse of one of his tenants.

The man had been drunk the night before, and assumed he’d locked himself out of his apartment. The easiest point of entry was his kitchen window, where he managed to slide halfway through and get stuck with his head lying in the sink.

He flailed around so much that he accidentally turned on the water and drowned in it. We assume he was too drunk to turn the water off. Also, he was found with his keys in his pocket. 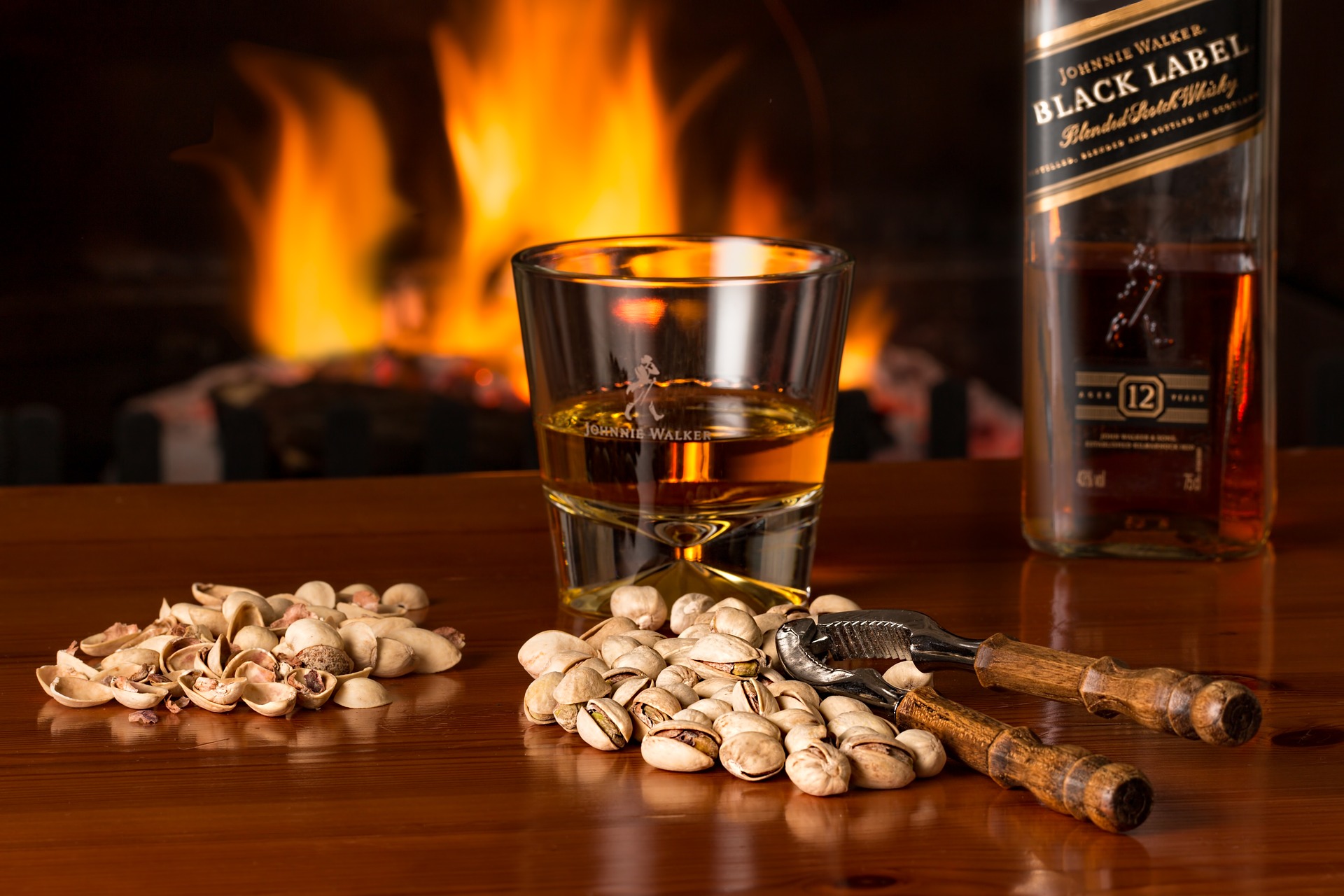 We’ve all heard the stories about frat-boy morons giving themselves alcohol-enemas to get completely wasted in a fraction of the time it takes when actually drinking liquor, but Michael Warner took this ridiculous practice to a whole new level.

Warner was a 58-year-old machine shop owner who had a throat injury that made it nearly impossible for him to drink alcohol. So, being a logical, mature fellow, he had his wife assist him as he self-administered enemas of his favorite spirits. The problem is, taking booze rectally will cause the alcohol to absorb several times faster, and by more volume, than simply drinking the stuff.

Warner’s last enema consisted of two 1.5 liter bottles of sherry; he died in his sleep with a blood-alcohol content of 0.47% and his wife was brought up on charges of negligent homicide — for not calling him an idiot and taking his hose away.