There are plenty of things that make movies great – from the acting and sound effects to the stunning visual effects. But what happens if an actor dies before the movie is complete?

As they often say, the show must go on. Here are 13 movies successfully completed after a star cast member had died and one that never made it to post-production.

The Imaginarium of Doctor Parnassus

The late Heath Ledger was one of the greatest Australian actors ever born.

He was a compassionate cowboy in Brokeback Mountain, a villainous Joker in The Dark Knight, and for his final film role in The Imaginarium of Doctor Parnassus he starred as Tony.

His character, oddly enough, was to change appearances throughout the film. After Ledger’s sudden death, Johnny Depp, Jude Law, and Colin Farrell volunteered to take on the role in honor of their friend.

The movie was released in North America on December 25th, 2009, and was given a wide variety of reviews.

If you remember The Matrix series, you’ll remember the kind woman known as the Oracle. Played by Gloria Foster, the Oracle was a key role in the movie series, guiding Neo to find himself.

Gloria died from diabetes complications before a few of her scenes in the film were finished. For the next Matrix movie, her character was replaced by Mary Alice.

The Matrix: Reloaded crushed the box office and to this day is still one of the top-grossing R-rated movies.

Queen of the Damned

Starting her career out as a singer and model, Aaliyah was cast as the lead with Stuart Townsend in Queen of the Damned, directed by Neil Jordan.

Aaliyah had finished all of her scenes before she was killed in a plane crash, but there were some missing audio tracks, which her brother Rashad Haughton completed in her place.

Queen of the Damned was completed; however, it was not well received by Anne Rice fans (because the movie was so loosely based around the book series).

Aaliyah’s performance in the movie was widely praised.

One of the most influential martial artists/actors in the world was Bruce Lee.

After suffering from frequent headaches, as well as seizures, Lee was taken to the hospital and diagnosed with cerebral edema.

Game of Death was Lee’s last project before his death in 1973 at the young age of 27. Although the film was a box office success, it was not widely liked due to the footage of Lee’s actual funeral being in the movie.

A proud-to-be Canadian actor, John Candy also met his fate at an early age while working on a film.

Although he had begun to improve his health by quitting smoking and losing weight, John still wasn’t able to avoid his previously unhealthy lifestyle catching up to him.

Wagons East was being shot in Mexico, where John had a heart attack and died in 1994 at the age of 43. Although he had completed Canadian Bacon prior to his death, the release of it was delayed. Wagons East was a box office flop.

From Russia With Love

In the James Bond film From Russia With Love, Mexican actor Pedro Armendáriz played the role of Karim Bey.

Pedro struggled with soreness in his hips and was diagnosed with cancer during filming. He died in June of 1963 at the age of 51.

From Russia With Love broke international box office records and went on to be the second highest-rated Bond film after Dr. No.

Oliver Reed was another great English actor whose roles usually portrayed him as a tough guy. Also well known for his excessive drinking, Reed was always telling stories of when he drank 106 pints of beer over a two-day binge prior to marrying Josephine Burge.

While on break from filming Gladiator, he died of a heart attack at the age of 61 and was said to have been extremely drunk at the time of his death.

His remaining scenes were shot using CGI and a mannequin as his body double. Gladiator was a box office smash hit and won a ton of awards, including five Academy Awards.

While filming a scene for The Crow, Brandon Lee was accidentally killed by a blank bullet that had been lodged in a gun. The blank fired on the second pull of the trigger and fatally wounded Lee.

He was shot in the abdomen area and later died. The Crow went on to have box office success as well as winning numerous Academy Awards and Brandon Lee was nominated for Best Male Actor for his role in the film.

Irish actor Jack Macgowran signed on to do a movie with director William Friedkin titled The Exorcist.

It turned out to be one of the most profitable horror films in the past few decades but had some very strange (perceived to be paranormal) activity on the set. On many occasions, a priest was actually brought in to bless the set.

Some of the actors were injured doing simple scenes with little activity and the set even burned down and had to be rebuilt.

However, the most tragic event that happened during filming was the death of Jack Macgowran, at the age of 54, from flu complications.

In Twilight Zone: The Movie, there were actually three actors that met their fate before the movie was finished.

Vic Morrow and two immigrant Vietnamese children (as extras) were all killed in a stunt helicopter crash due to a pyrotechnic explosion.

Twilight Zone: The Movie went on to be a flop at the box office. Vic Morrow was just 53 when he died in 1982.

Mary Wickes was an award-winning American actress who made her breakthrough in the Broadway musical The Farmer Takes a Wife, where she starred alongside Henry Fonda.

She was known for her distinct voice, and in the last movie she was ever involved in was a voice role for The Hunchback of Notre Dame.

She voiced Laverne the Gargoyle, alongside Demi Moore, Kevin Kline, Jason Alexander, and more. The Hunchback of Notre Dame went on to be a successful Disney classic.

Mary Wickes suffered multiple health problems including gastrointestinal bleeding, hypertension, anemia, and breast cancer. It all added up and she died during surgery in 1995. Hunchback was released in 1996.

The Return of the Musketeers

Roy Kinnear was a great English actor that had started his career out performing in theater. His last act, however, was in The Return of the Musketeers.

In September of 1988, during filming a scene on horseback, he fell and broke his pelvis. He was immediately taken to a Madrid hospital where he died of a heart attack the next day at the age of 54.

After his death, a stand-in completed his incomplete scenes and the movie went on to finish production. The Return of the Musketeers received mixed reviews, mostly lukewarm results — but it was not because of Roy’s performance.

James Dean was a legendary actor and is an American icon. His role in Giant was the last movie he’d ever get to act in, due to his sudden death in a head-on high-speed collision in California.

His death on September 30, 1955, was a huge loss to Hollywood filmmakers as well as his friends, family, and fans.

Giant was near completion at the time of James’ death, although one scene featuring Dean mumbling (acting drunkenly) was not clear enough and was re-recorded by his Giant co-stars after his death.

James Dean went on to win a posthumous “Best Actor Academy Award” for his incredible work in Giant. The film was a huge success and won multiple Academy Awards.

And One Film That Was Never Finished…

Something’s Got to Give 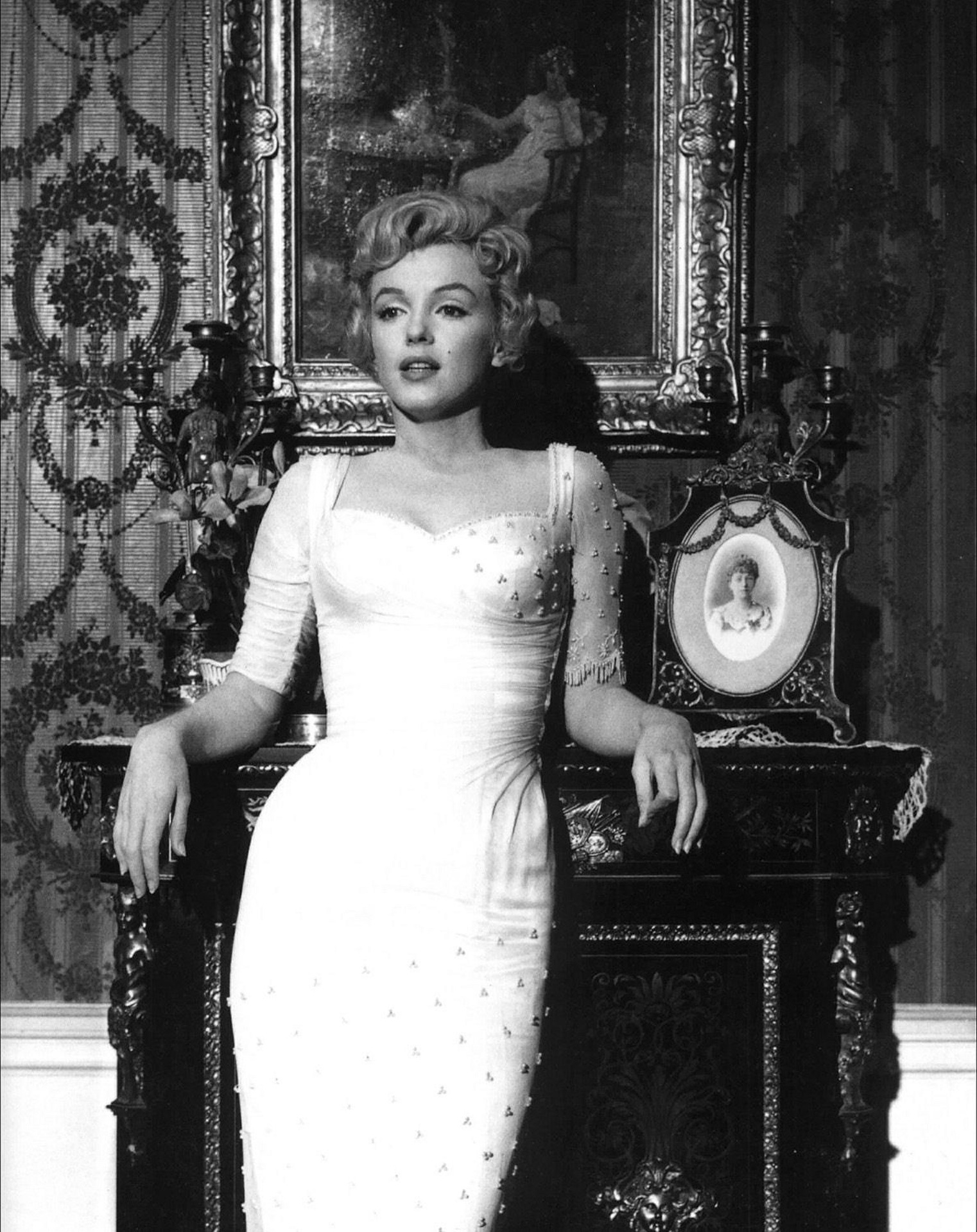 Marilyn Monroe was one of the most iconic American actresses to ever grace the big screen. She was well known for her sexy style and smooth on-screen performances, as well as a notorious affair with President John F. Kennedy.

The last film she ever worked on was Something’s Got to Give, in 1962. She was ill with sinusitis while filming the movie and frequently experienced high temperatures. Harry Weinstein recalls seeing her being physically ill while preparing for some of her scenes, saying she was “terrified” before a performance.

She was ultimately fired from the movie due to a lack of attendance on the set. Her death came shortly after, an apparent suicide via an overdose of barbiturates.

Something’s Got to Give was abandoned, and to this day remains unfinished.